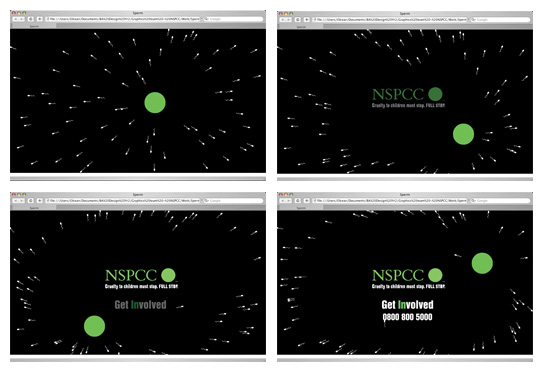 This is a viral campaign that was part of a project I did at Uni. The brief was to create awareness and encourage more males aged 18-30 to get involved with the charity, due to only 35% of donations coming from males. The green circle from the NSPCC logo becomes the cursor and represents the egg. As the user moves the logo around the screen, the sperm swim away to avoid it, this represents males avoiding the charity. After a few seconds the NSPCC logo appears with slogan “Get Involved” along with the phone number. The viral finishes off with one little sperm swimming towards the phone number, this represents the real man of the group as he’s trying to get involved.