I was the Senior Web Designer for JD Williams. My main responsibility was to make sure the brand guidelines translated well in an online presence, resulting in a consistent cross channel look and feel. I worked with the offline design team to communicate any foreseeable design issues that may arise when working with the brand online. For example, making sure that the fonts we chose were available for the web (without costing the company a fortune). I would also communicate important changes to the brand to the rest of the online design team and QA any work they did to make sure the site was consistent and on-brand.

The work examples showcased here are the JD Williams homepage concepts for Autumn/Winter 2016. The site had to be suitable for multiple devices; desktop, tablet and mobile. We arranged an A/B split test for mobile where we had a ‘Full’ version, which had exactly the same content as desktop, and a ‘Light’ version, which was a simplified version of the homepage. The ‘Light’ version loaded much quicker on mobile resulting in fewer bounces and a better conversion rate. So the ‘Light’ version won the test and is now the default mobile homepage.

The logo received a make over to make the brand look more modern and contemporary. It changed from a traditional serif font to a cleaner, sans-serif font. The logo was also responsive and displayed on smaller screens as a circular icon with the ‘JDW’ initials. Despite receiving positive feedback in a customer research group, the business felt it was too much of change too soon. So the new logo has been put on hold for the time being.

I would not only design pages for the website but I would build them as well. Using my HTML & CSS skills I would make pages suitable for multiple devices. I also mentored two Junior Web Designers helping them to learn HTML & CSS, and helping them to solve any coding problems they came across. One of those Junior Designers is now a Team Leader so I’m very proud of that fact I helped to teach him and get to where he is today.

View how the site looks today. 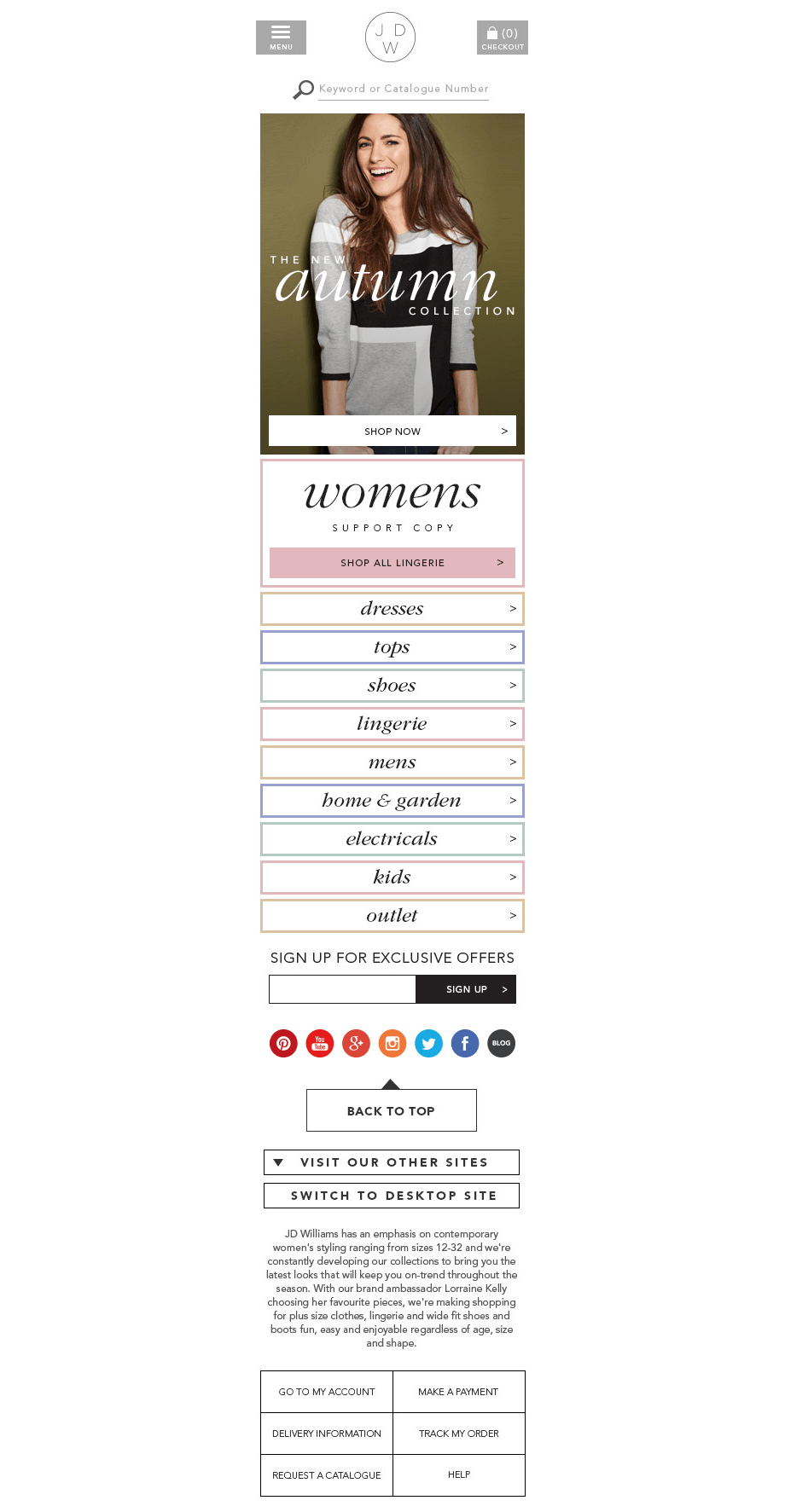 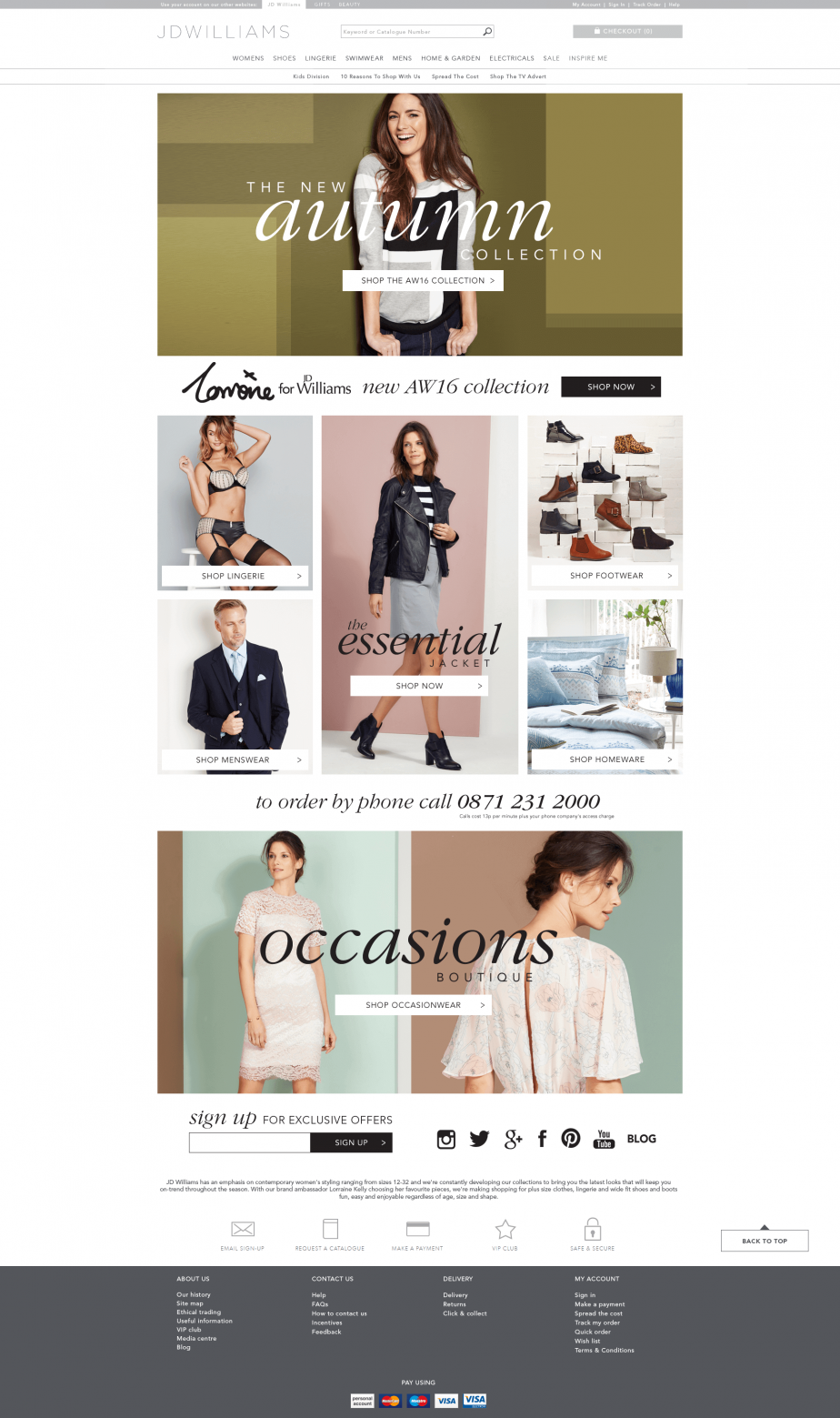